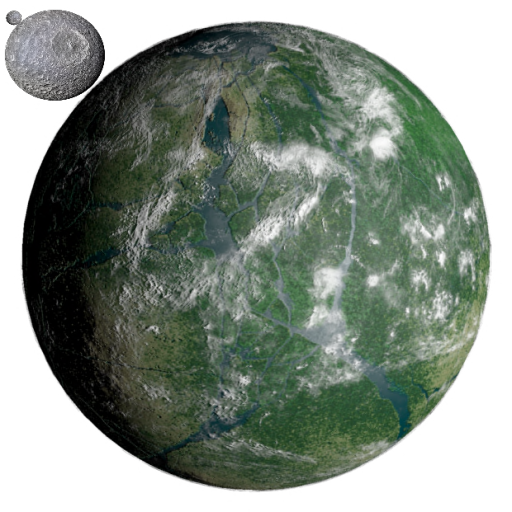 Just like its sister planet, Vanargand, Idun is a new and uncharted planet in the Milky Way Galaxy, pocketed in the Inner council space (near the Citadel) of the Milky Way, or Beta Quadrant. Lush, green and warm, home to various plant life and creatures, both great and small. Another planet named after a Norse Goddess of spring and rejuvenation, the planet certainly lives up to its name. Plant life grows exceedingly fast here and humidity causes for some strange balance to the weather but majority of the time, it is pleasant.

Jasper Point is the settlement that is in the "Goldilocks" zone of Idun, where temperature is pleasant, air is breathable and gravity is somewhat "bouncy" but manageable . In Jasper Point, there are signs of former habitation and technology, in the form of ancient monoliths and ruins. Much is yet to be discovered and known about what used to be here, or why there's a crashed ancient flying vehicle from what appears to be a 20th Century design.

During late evenings and night time, Idun's two moons become visible, as well as the stretch of the Milky Way.

Situated NW side of Jasper Point in the cliffs, is BluShock's main base of operations and workspace, Ymir base. Which was constructed shortly after their arrival sometime later in days and weeks after leaving Vanargand.
The base is a state-of-the-art and ultra modern architecture, seen only in places like the Citadel's Presidium or the Nexus's apartment complex. Complete with hangar space, made specifically for the Mjolnir SR4, and a smaller rounded parking space for smaller craft.

Designed for BluShock members with comfort in mind, and fast paced work environment, you'll find plenty to do here. Ground level is the workshop for mechanics, storage for goods, gear and fuel, bathroom and a gym to melt that lard, after spending a few nights eating cake and drinking alcohol.

Level 2 is the ultra modern escape for crewmembers and select VIP parties. The crew lounge is the place to go if you want to unwind, relax, play some games, take a soak in the en-suite  jacuzzi, sit by the fire on cold evenings or just want to let your hair down. Full open plan kitchen with endless amount of food and snacks and best of all, exceptional views of Jasper Point.

On the third floor, you have a guest rest stop, complete with three industrial strength bunk beds, for that true military feeling, and a processed food machine, for that quick snack. Out the double doors and you'll enter the balcony, again, with views so perfect, you'll be collecting your jaw from the floor.

Fourth floor and you'll be entering the security and minimalistic sickbay, operated by our chief security and medical officer. Next room in, the Airspace control, operations and communications hub. Down the corridor is the conference and meeting wing and hydroponics dome.

Towering and standing tall, just South East of Ymir Base is Idun's Roof. A pub and local residence of one of the BluShock officers.

Here, you can try and test one of many drinks gathered by our very own pub landlady, from all over the multiverse and planets. Plants collected, mixed and formed into new and exotic drinks and the first to test drive new drinks.
Getting there is simple but be sure you don't look down as you climb up the steep and winding path and staircase.
Walking back down whilst intoxicated is not recommended.

One floor up is the officers private residence. Complete with comfortable living space and balcony overview of the mountains of Idun.

As opposed to Vanargand, the cold, windy, icy and snowy mountain planet, Idun is lush and rife with vegetation and wildlife. Creatures both great and small are seen here. Some in the air, some on the surface. Their appearance and cries are similar to that of Earth, but looks can be deceiving.

Vegetation and foliage is also plentiful. Mostly a Jungle and wilderness, the daylight here is short but provides plenty of energy for life to grow and thrive here. Being pretty close to its sun, Vanaheim, sunlight is plenty, and some days can get pretty warm.

Idun is also very humid and moisture levels are high, which helps the plants to grow at an alarming rate. If anyone has a number for a gardener, that'd be great!

There are also two beaches here, and you can swim in the river and sea, complemented with natural formations of two large waterfalls.

Scattered around Jasper Point are ancient monoliths and artifacts. Apart from learning that they once belonged to an ancient race that once lived on Idun, nothing else is known about and a full investigation is pending.
​Tampering with the ancient technology could result in unquantifiable ramifications and consequences. As such was the case with a certain commander, who approached a Prothean Beacon, which resulted in the destruction of the beacon and injury of the commander.

Drink at Idun's Roof. Rope sliding around the settlement, plant and food research, investigating monoliths, visiting the MoonBase via portal, soaking in the views and photography..the list is practically endless and left to one's imagination.

Asteroid VH706-C: Baldur is a rocky
body orbiting and traveling around the
Vanaheim star system.
With no noticeable atmospheric
features, atmosphere and gravity was artificially created by
the BluShock team.

VH706-C: Baldur
Asteroid VH706-C, better known as Baldur, is a newly discovered body which was discovered by the BluShock team. Originally discovered during one of the teams planetary scans, they sent one of their mechanics, weeks later, to do a recon of the 200m tall rock that was orbiting the star and planets. It was decided that the asteroid would make for a good base of operations for the future, as Idun was becoming more and more unstable for everyday life.
Its name, as with tradition, was once again taken from ancient Norse lore. Baldur, son of Odin.

By the tail end of the third month of 26th Century, the crew embarked on a voyage, together with two teams: Team Mjolnir and Team Sigil, both ships carrying the entire crew and two synthetics, in protective crates, on a long voyage to this new asteroid. 10% of the asteroid had already been carved and forged, and the base was pretty much in a ready state, by the mechanic, Damien, the Orc, and several of his droids to get things ready for the rest of the crew.

Resilient Station is BluShock's new base of operations, inside the asteroid, and larger, more wider and expanded version of the last one which was on Idun, called Ymir Base.

It had been six earth days since the crew landed on the asteroid and wasted no time with furnishings and decorations, as-well as expanding the new base with foundations dematerialised from Ymir Base. Damien, the Orc, had done majority of the work, to give the crew somewhere to stay whilst the rest of the base was being constructed. Since then, the base has grown, power was installed, water facilities, artificial gravity had been restored. The base began to feel like home, with 8 levels and 20-something rooms, including a bar, briefing, personal quarters for the crew, vast docking and shuttle bays, large Presidium dome with livestock and more.

There's something to do for everyone.
The bottom most level is where you'll find access to the engineering deck, also on the same level is the Maintenance and workshop deck, followed by the shuttle bay corridor.

On level 2, you'll find the large swimming pool and spa location, with gym, sauna and showers, accessed by a secondary elevator, and access way to the dorms at the far side into the asteroid.

Level 3 is the main entry point and the main hangar where ships and smaller crafts that have not been allocated to the docking tubes can park. Also on level 3 is the medical bay and security check-in for new arrivals, R-Sec (Resilient Security) offices and instant-flush airlocks, for when you've had enough of inmates who don't cooperate, and an interrogation/cavity search room, in case a new arrival is carrying.

All main entry points and shuttle bay exits come with security scanners and arrivals will not be able to continue if they were carrying contraband, no matter inside which part of the body. On this level, you will also find the main lab and Isolation/Quarantine section. The lab is regarded for research and development and the isolation chamber is where anything unsightly or unearthly is stored for later examination.

Level 4 is the upper patient wards for recovery, doctors office and operation room. On the same level with soundproof walls is the shooting range, for the crew to hone their firing skills, ready for combat.

On level 5 you will find the main social areas. The Plaza/Atrium, with a large window, looking out into the huge hangar. Vanaheim's Eclipse, the new bar, and the crew briefing room, installed with Citadel Council terminals and a changing room.

Level 6, or even a flight of stairs up, will take you to the main commons area, where the crew may engage in social activities, have meals and so on. The Commanders apartment and the Commanders office are also on level 6.

Level 7 you will find the Space Traffic control room, Private Intelligence and Operations room (strictly no access unless invited), Docking Bay A1 and A2 (reserved for the Mjolnir) and corridor access to dorms and Docking bays B1 and B2, one of which is reserved for the Sigil.
There are six dorm rooms in total, offering a living space for some of the crew members, free of charge.
At BluShock, we believe that crew members should feel comfortable without paying rent or debt chasing them, no matter where in the galaxy you are.

Finally on level 8, the Arboretum Dome. Here is where food is produced in the auto-farm section, and where animals and livestock are kept. Continuing on the corridor and on the upper levels are two balconies, one of which is a cafe and the other for yoga and meditation, and a vast open area to explore, and relax in with its own ambience.
The construction of the dome area was inspired by the Presidium Commons, on the Citadel. Many crew appreciate this design and the work that had gone into it. The entire base's windows are shatterproof and reinforced, meaning it'll take more than just fire-power to take it down.

In the future, there may be more expansions, but for now, the crew appreciate with the amount of facilities, services and everything else at their disposal, without feeling overwhelmed with vast number of rooms.

Ingemar is an oceanic and deep caved, humid planet in the Vanaheim star system,
in the Milky Way galaxy. 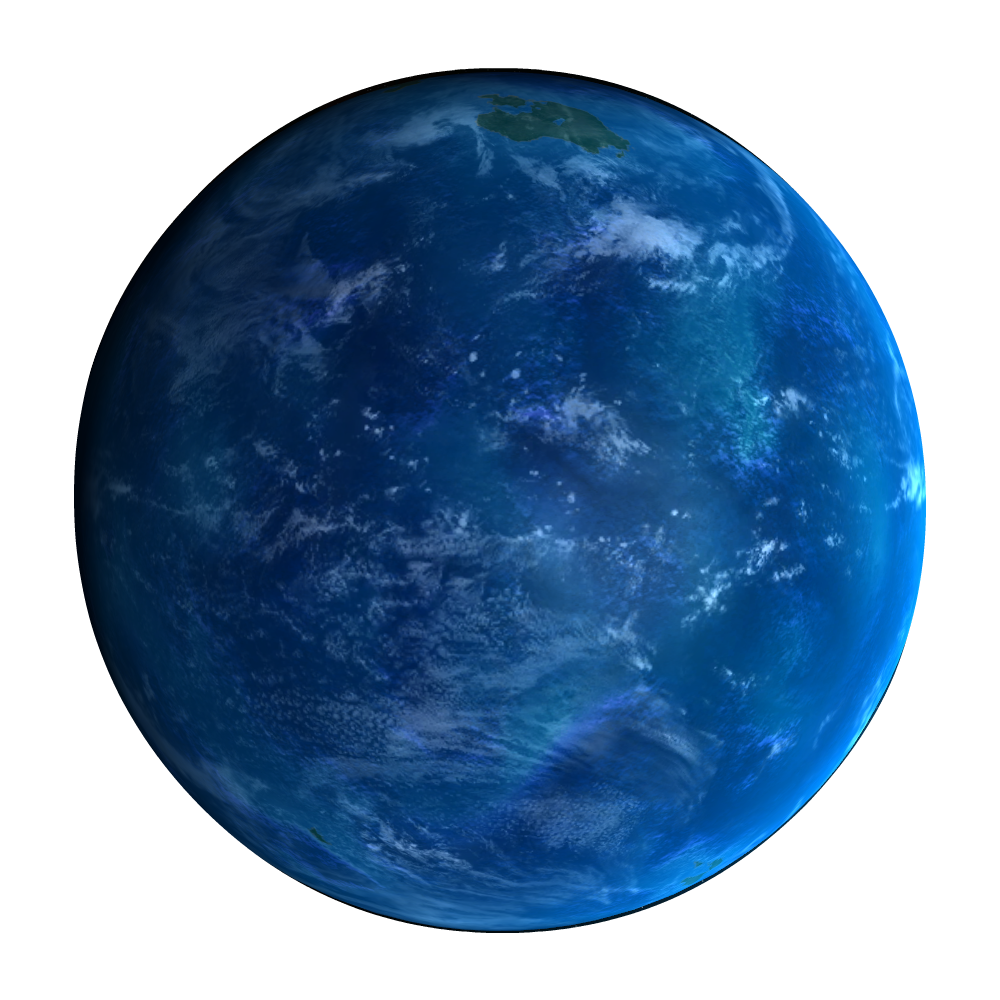 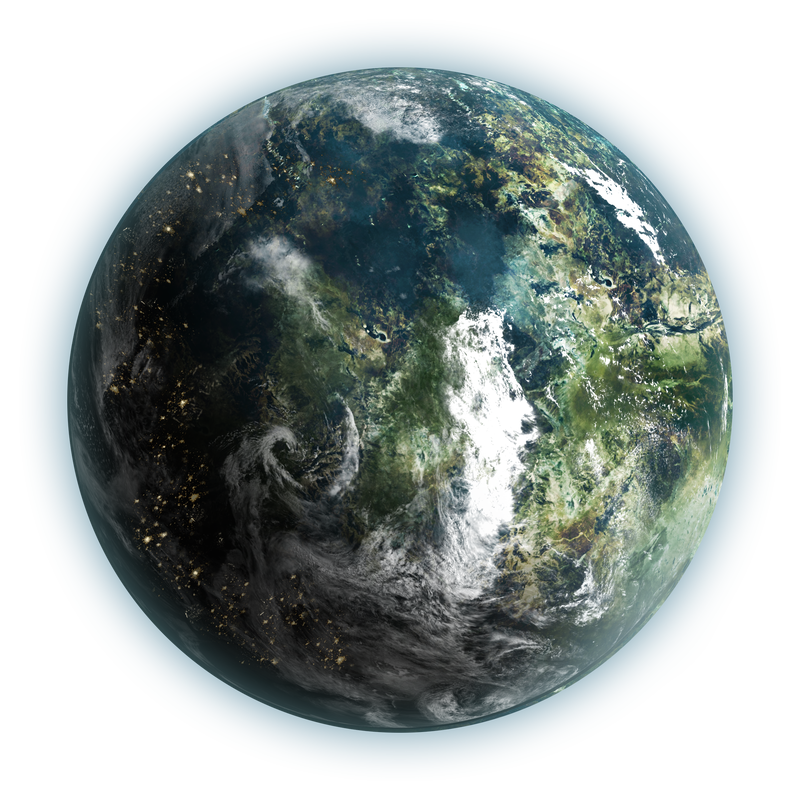